Harbormall is revitalization project of the 50,000+sq.m. building heavily affected by the  great Asian Economy crisis in 1997. Located 100 km. east of Bangkok, the building was a local shopping mall mostly serving engineers and workers in Laemchabang harbor, the biggest harbor of Thailand. After being struck by the financial crisis, the building continuously fell apart customer disappearing, shops closing till it reached zombie state. The whole thing was half-dead for 6 years. (The same thing can happen to retail spaces in many countries in financial crisis right now) 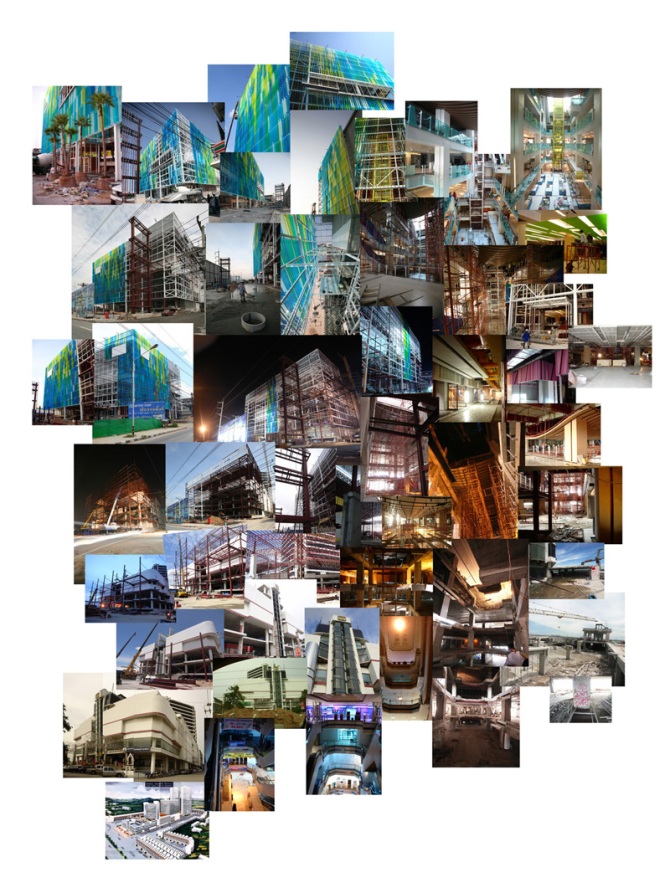 With that small sign of life, the next generation of owner took a few years to rebuild his business and decided to renovate the building in full-scale. New programs are implemented. The façade and front plaza are redesigned. The interior space is given a whole new concept. The revitalization has been completed in January 2009 right in time when it has to tackle its way through another economic recession, currently. Surely this time it is much more equipped and composed. 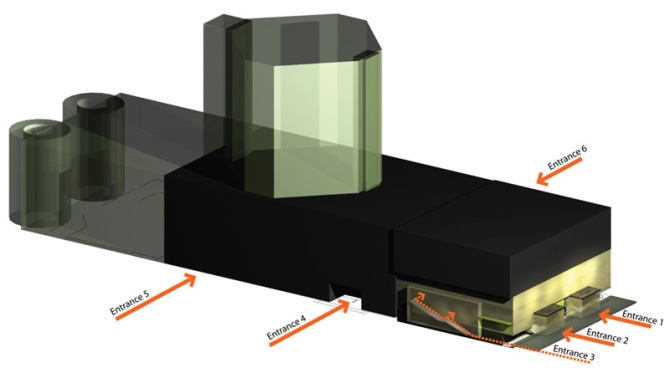 (Some of the option we tried during the design process) 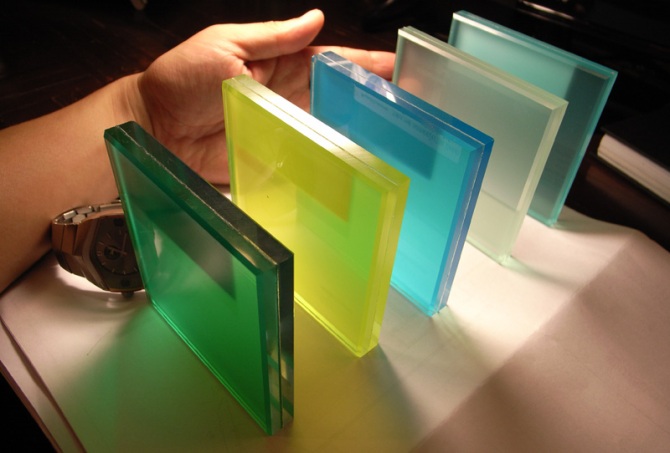 We continue our “Multiplication obsession” by wrapping the old facade with the new skin composed of 3,400 pieces of color film laminated glasses. There are 8 shades of blue, green and white fins mixing up. The fact that the building is stand by the big highway flooded with Sodium light (typical orange street light.) Our idea is create an  blue box that brightly iluminates at night to contrast with the existing environment. The new form of the facade is kept at its most simlplicity to differ itself from the existing postmodern buildings surround it.

As well, we take care of the interior renovation, a pretty straight forward proposal bringing in more natural light, creating architectural landmark in the existing space and add some attitudes into it. For us, sometimes big scale architectures like shopping malls, airports, stations etc. are built like numb giants. With the vast size they don’t establish conversation to people using their space. If possible, we would like the design a giant that start talking to people. We implement a lot of charactoristic details into the space and public furniture to convey the messages. 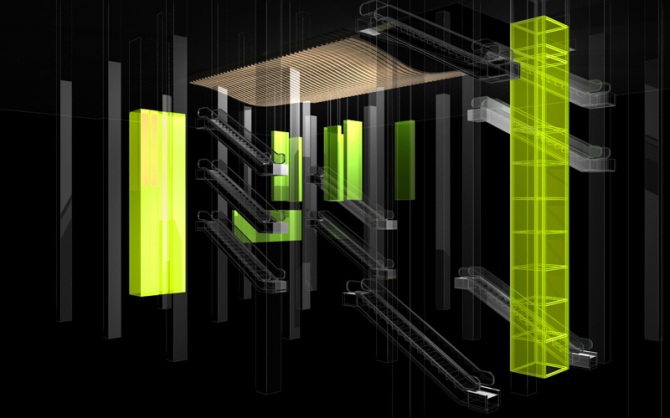 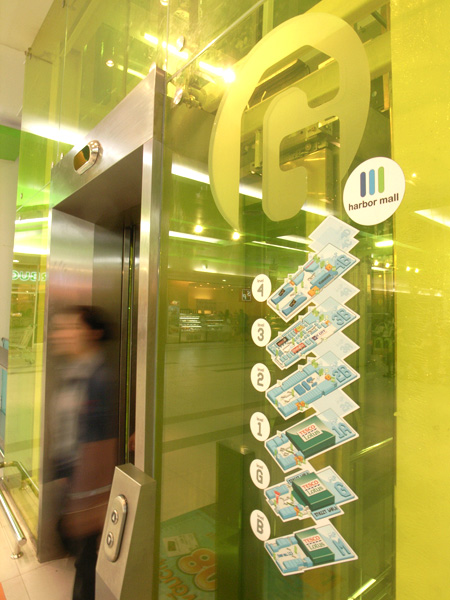